WRITTEN TEST FOR THE POST OF LECTURER IN PAKISTAN STUDIES 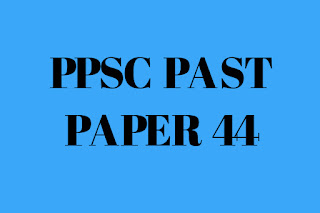